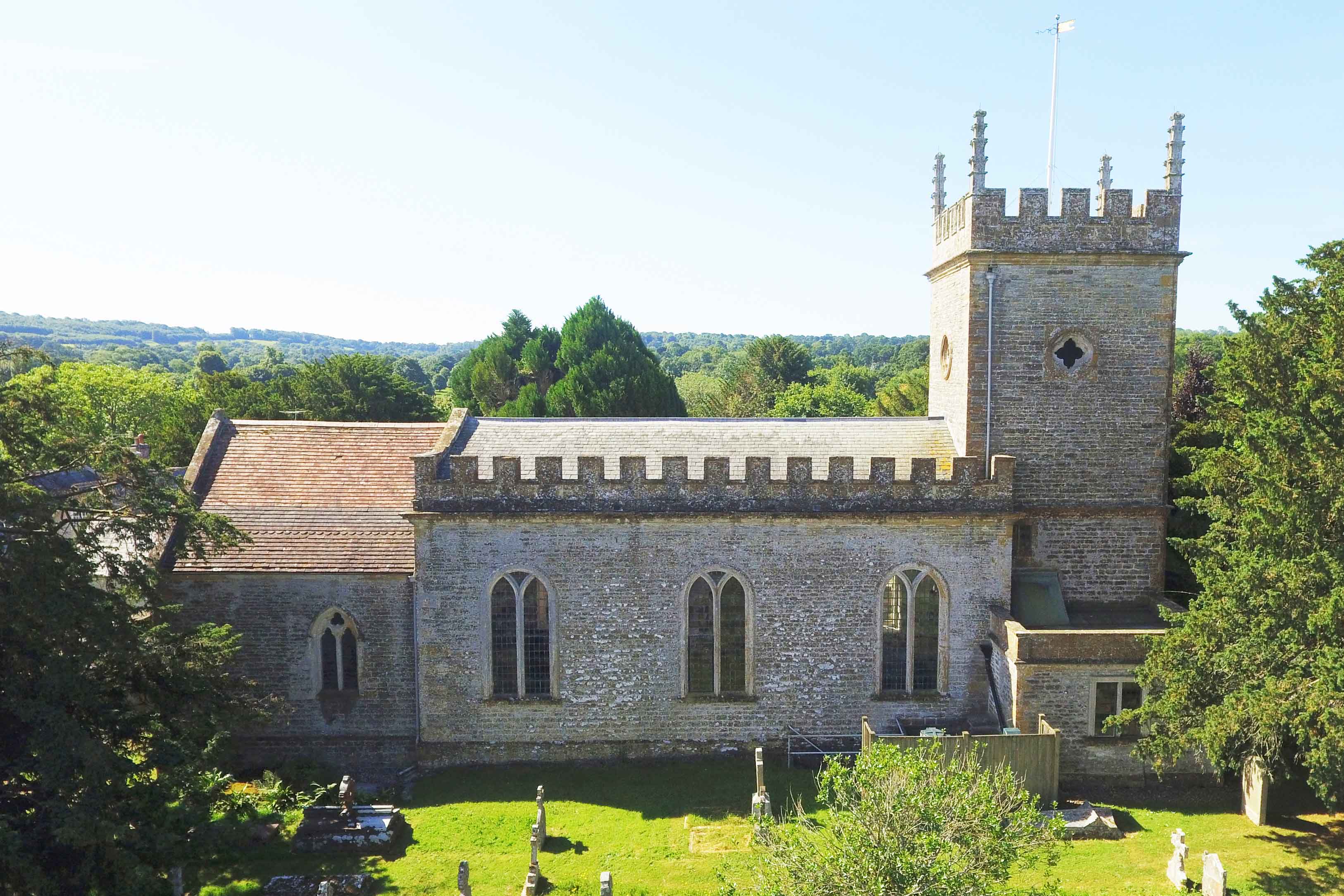 This is a very interesting church in a delightful village full of charming thatched cottages and country gardens.  An ancient place, recorded in the Domesday Book, which noted, there was a smith, the only one mentioned in Dorset.There seems to have been a church here since Domesday because Hutchins refers to the right to appoint the parish priest being held by the Prior of Montacute.  However, the building such, as it was, had been allowed to decay to such an extent that it was almost entirely pulled down in 1745 and a 'new' one erected on the same foundations and paid for by Susanna Strangways Horner.  In 1888 the chancel was rebuilt to a design by Sir Arthur Blomfield, the three-decker pulpit, complete with tester, was reduced to the present rather unimpressive structure and the 5 ft box pews had the doors removed and were also cut down.  It is tempting to call this vandalism, but it was the fashion of the day to indulge in a certain amount of display and you could not be seen in a box pew!  A Mr Roe was the rector responsible for the rebuilding and must have been quite a man.  He was the last to visit on horseback, the last to have a curate, a part-time dentist (he would remove teeth in the rectory dining room!) and would thrash any schoolboy who was too much for the schoolmistress!The church is entered through the tower, below a most attractive bell ringing chamber of 1955.  The nave is uncomplicated and quite plain, although the wood panelled ceiling is very pleasing. The chancel is more colourful.  It was extended again by Mr. Roe's successor, Herbert Foley Napier, and the reredos and ceiling are the work of his hands. There is a 19c round window of the parable of the Sower placed by an Earl of Ilchester in remembrance of Thomas Elliot, who was a head gardener at Melbury Sampford for 40 years.  The simple font is thought to be Norman.The author Thomas Hardy's parents, Jemima and Thomas, were married here in 1839.There is an excellent church guide 'Melbury Osmond - Its Church and People' by Canon John Townsend  The Trust gratefully acknowledges basis of text by Robin Adeney and Drone Photography by Richard Noble DHCT © 2018