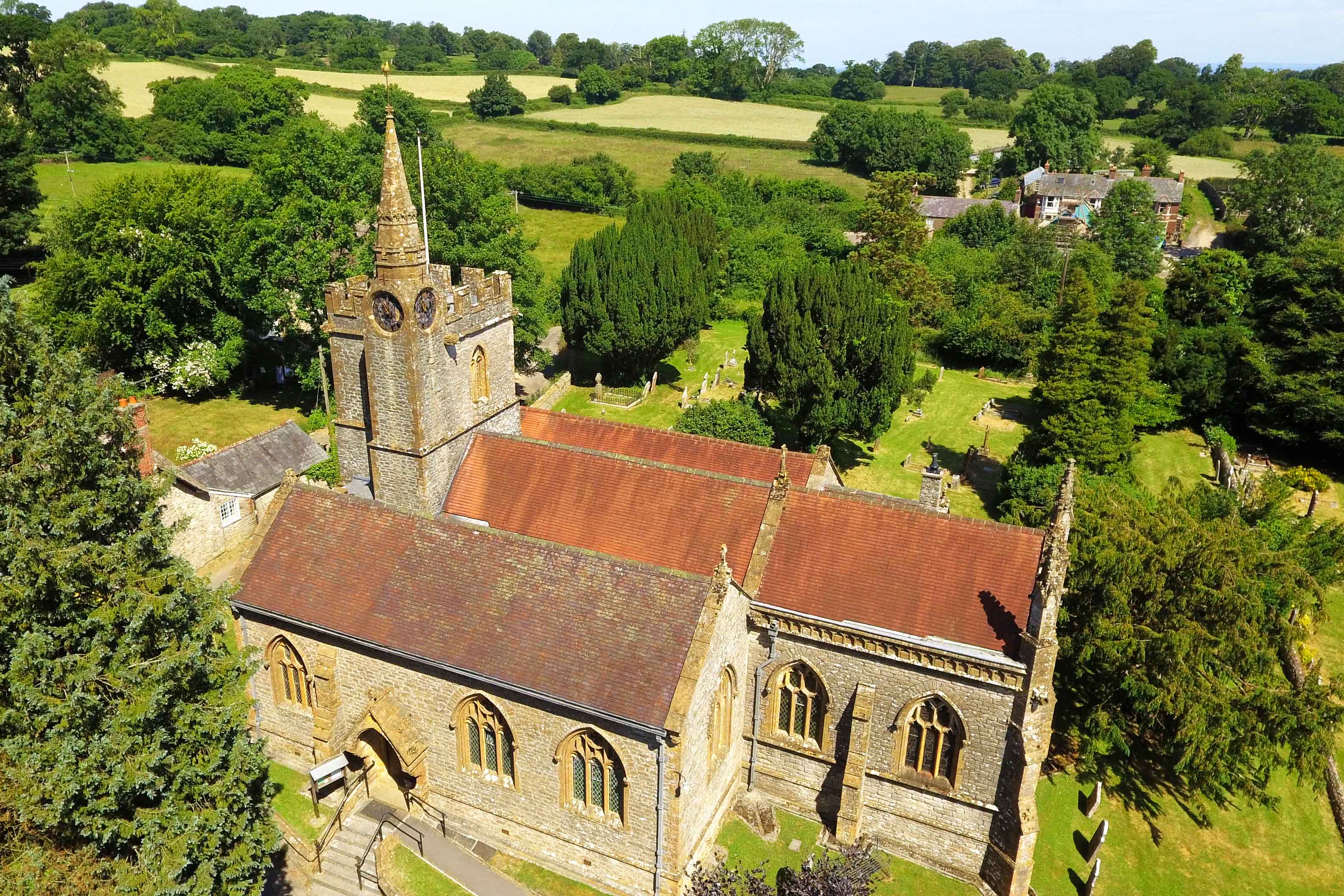 Evershot is a settlement that seem too large to be a village yet really too small to be called a town.  It must have grown in importance with the coming of the nearby railway during the 19c.  The main street is generous and replete with the famous Acorn Inn, called 'The Sow & Acorn' by Thomas Hardy in 'Tess of the d'Urbevilles'.  At the higher end of the road, overlooking the houses is the church.The original building to stand on the site was Norman, erected during the reign of Richard I (Coeur de Lion 1186-99).  The only elements to survive are part of the tower arch and the chancel arch, which was rebuilt between the north aisle and the organ chamber during the 19c restoration.  The present structure is essentially Perpendicular (1335-1530) and of great character, but the Victorians felt obliged to twice improve it in 1852-3 and again in 1864, both to designs by the Yeovil based architect, R H Shout*.  The walls of the organ chamber are lined with Ham stone ashlars and the exquisite corbels were sculpted by Benjamin Grassby   The embattled tower has a curious stair turret with a clock just below what Sir Nikolaus Pevsner describes as a "domical top and spire".  The clock, a gift from the third Earl of Ilchester in 1853, was designed by E. B. Dennison, who designed Big Ben, and made by E. J. Dent who was clockmaker to the Queen. The font is Norman, although the pedestal and wooden cover are Victorian.Perhaps the most important item in the building is the small brass on the north side of the chancel, which is a memorial to William Grey, who was the rector here from 1511 to 1524.  Known as a 'Chaliced Priest', this is a rare example of a brass because he is shown actually holding a chalice.This is a most attractive and very interesting church.The Trust gratefully acknowledges the basis of text by Robin Adeney and Drone Photograph by Richard Noble.  DHCT © 2018